What awaits Donbass? Variant of Crimea or Kosovo? Is the scenario of the introduction of CSTO peacekeepers, whose forces were tested in the recent events in Kazakhstan, likely? About whether it is possible to cut this Gordian knot not by force, but by legal means, we talked with Marina Silkina, PhD in International Law. 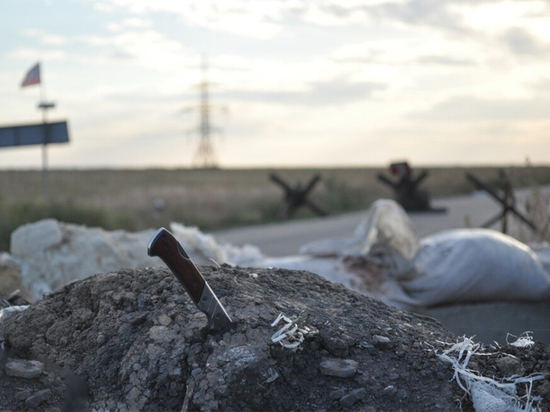 Given that particular tension on the border with Ukraine has been persisting for several months, I can assume that there is no final scenario for overcoming the crisis yet.

It can be said without exaggeration that we are faced with a new form of hybrid warfare , and this is primarily an information war.

I believe that the current situation will not be resolved by itself, therefore, a Solomonic solution is needed, in which all parties – the United States, Ukraine, and Russia – will save face, and this solution should not lead to numerous human casualties. I think that's what everyone wants – not to be guilty. It is possible that this decision will be unexpected and not obvious at the moment.

– For example, Russia is playing for time, including to bring the legal basis for possible military operations and the introduction of CSTO peacekeepers.

– Yes, all CSTO countries must vote in favor. But the West is investing a lot in Kazakhstan, so it’s not a fact that Tokayev will go for it, in fact, everyone else is sitting and thinking about what and how, they don’t want to get involved – that’s for sure, therefore all this will fall on Russia’s shoulders.

In accordance with Art. 6 of the Collective Security Treaty, the use of forces and means of the collective security system outside the territory of the participating states (CSTO. – Note. aut.) can be carried out solely in the interests of international security in accordance with the UN Charter and the laws of the States Parties to this Treaty.

According to the CSTO Secretary General Zas, “this requires consent from Ukraine, after all, this is its territory, the mandate of the UN Security Council, and it is also necessary that this decision be supported by all our governments.” Accordingly, without compliance with these conditions, there are no legal grounds for the introduction of the collective forces of the CSTO.

– A revision of the Minsk agreements is necessary in any case, since, as we see, this mechanism has not been working since 2014, the agreements have remained on paper , but the situation has changed, and the main actors, including those who directly signed these agreements, are already different.

At the same time, the conclusion of new agreements will allow the withdrawal of troops, do without casualties and buy time for a few more years.

The alignment of forces is already completely different, not the one that was eight years ago, but I would like to take a time out to cool the general ardor and withdraw the troops, this will be a universal political victory: after all, sit down at the negotiating table. But the question is still open in whose favor these new agreements will be.

– I would call the current state of affairs as follows: Si vis pacem, para bellum – “If you want peace, prepare for war.” Yes, not needed. Therefore, a forceful way of solving the problem of the unrecognized republics is quite possible.

The corresponding resolution has already been supported by the majority in the State Duma and sent to the President of Russia. In turn, the recognized republics immediately join the CSTO themselves, ask for help, and our peacekeeping forces are brought there on legal grounds.

But you need to understand that this is incompatible with the terms of the Minsk agreements, to which, by the way, Russia is not a party. At the same time, the implementation of such a plan will finally untie the hands of Kiev and give the West a reason to impose additional sanctions against Russia…

I think that all four scenarios are being worked out now, and this is why they are playing for time. The final decision has not yet been made.