On February 21, after a meeting of the Security Council, Putin announced his decision to recognize the DPR and LPR. On the same evening, he signed the relevant decrees. How Ukraine and other countries reacted to this – in the RBC review

USA: “We expected such a move by Russia and are ready to respond immediately. President Biden will soon issue an executive order prohibiting new investment, trade, and financing by American persons in, from, or in the so-called regions of the DPR and LPR of Ukraine. message from the White House.

NATO: “This further undermines the sovereignty and territorial integrity of Ukraine, undermines efforts to resolve the conflict, and violates the Minsk agreements to which Russia is a party,” ; statement by Alliance Secretary General Jens Stoltenberg. 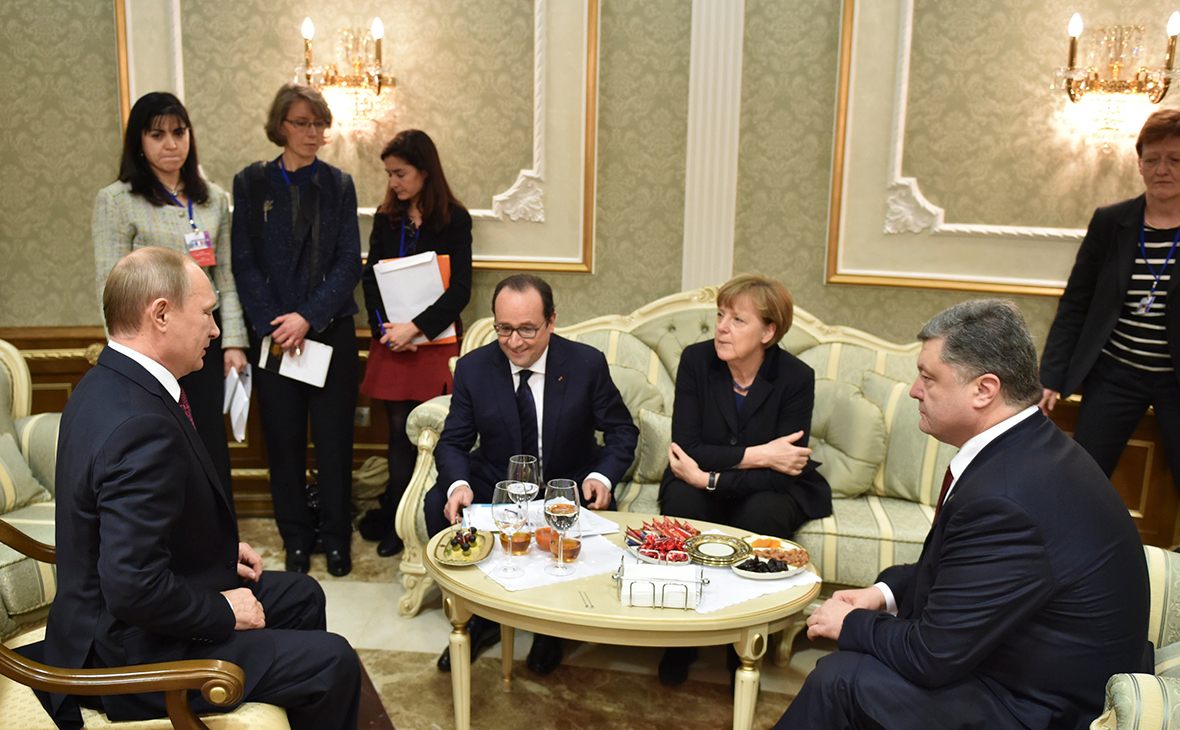 Germany: “President Putin's recognition of the separatist 'People's Republics'” in eastern Ukraine deliberately nullifies many years of efforts in the Normandy format; and OSCE. We will respond to this violation of international law and coordinate our actions with partners, — wrote German Foreign Minister Annalena Burbock on Twitter.

Austria: “The recognition by the Russian President of the separatist regions in eastern Ukraine is a clear violation of the Minsk agreements and a challenge to diplomatic efforts to find a peaceful solution,” — wrote Chancellor Karl Nehammer on Twitter.

Serbia: “It remains an open question whether the crisis can spread to other parts of Europe. After the decision of the President [of Russia Vladimir] Putin, the political pressure on Serbia will be much greater,— said President Aleksandar Vucic in an interview with Pink TV. He noted that “Serbia is on the European path, but 85% of the population is always on the side of Russia.”

Netherlands: “The recognition of separatist territories in Ukraine is a flagrant violation of international law, the territorial integrity of Ukraine and the Minsk agreements. The Netherlands strongly condemns this act and will respond strongly in close coordination with our EU and NATO partners,— Foreign Minister Wopke Hoekstra on Twitter.

Georgia: “Georgia strongly condemns the 'recognition' of Russia of the Ukrainian Donetsk and Lugansk regions, which repeats the scenario of 2008, which led to the occupation of 20% of our territories (meaning Russia's recognition of Abkhazia and South Ossetia— RBC). Georgia supports you, President Zelensky, and supports Ukrainian territorial integrity and peace,” — President Salome Zurabishvili on Twitter.

France: “The President condemns the Russian President's decision <…>. This is a clear unilateral violation of Russia's international obligations and an encroachment on Ukraine's sovereignty. He [President Emmanuel Macron] is calling for an emergency meeting of the UN Security Council, as well as the adoption of targeted European sanctions, — Élysée communiqué.

UK: “This move represents a further attack on the sovereignty and territorial integrity of Ukraine, signals the end of the Minsk process and violates the UN charter. It demonstrates that Russia has preferred the path of confrontation to dialogue,— Foreign Minister Liz Truss on Twitter.

Council of Europe: “The Council of Europe reaffirms its unwavering support for the sovereignty and territorial integrity of Ukraine within its internationally recognized borders. We call on the Russian Federation to reverse this decision and refrain from further aggravating the situation. We urge our Member States to resolve their differences through dialogue based on respect for the principles enshrined in the Charter of the Council of Europe and the European Convention on Human Rights,— Statement by Secretary General of the Council of Europe Maria Pejcinovic-Buric.

OSCE: “We call on the Russian Federation to refrain from any military intervention to implement this unfortunate decision and consider the long-term consequences for international relations,” organization chairman Zbigniew Rau on Twitter.

Latvia: “Decision taken by the President of the Russian Federation <…> is a continuation of the offensive against the independence, sovereignty and territorial integrity of Ukraine, which began in 2014 with the illegal change of borders in Europe,— a joint statement by the President, the Speaker of the Seimas, the Prime Minister and the Minister of Foreign Affairs.

The reaction of the West to Russia's decision to recognize the independence of the DPR and LPR did not come as a surprise, Russian Foreign Ministry spokeswoman Maria Zakharova said in an interview with Komsomolskaya Pravda radio ;. “But didn’t we know what they said, they say and will say? What, for us it was some kind of revelation? <…> Did we not know how they would react? Of course they knew. The last two months have been extremely revealing— lied, lie and will lie».