Only comprehensive measures can stop evil

Last week, the State Duma unanimously adopted in the first reading the Krasheninnikov-Klishas bill on tougher criminal penalties for torture. But many human rights activists, including the columnist for MK, a member of the Human Rights Council under the President of the Russian Federation, Eva Merkacheva, who has been working on this topic for a long time, consider him half-hearted and incapable of solving the problem. At the same time, a much more radical draft law, prepared by the group of Senator Lyudmila Narusova, cannot even be submitted to the State Duma, since it has not yet received the mandatory responses from the government and the Supreme Court. 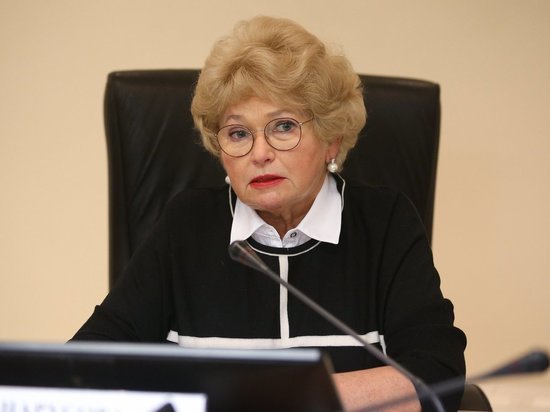 From the MK file:One of the first to raise the problem of torture in Russian prisons and colonies at the federal level was Eva Merkacheva, a columnist for MK, a member of the Presidential Human Rights Council, a member of the PMC. Eva devoted many publications to this topic, and on December 19, at a meeting between Vladimir Putin and members of the Human Rights Council, she presented a report and asked the president to support the initiative to introduce a separate article “torture” into the Criminal Code and give a number of instructions so that it would be possible to correct the egregious situation.

– I can say that in many life issues I do not agree with my daughter, but in this topic we are absolute like-minded people. Her interest in this problem began with the fact that she was the first of the journalists to go to France and met with Sergei Savelyev, the same former prisoner who served his sentence in the Saratov OTB-1 and handed over the same archive with the torture of prisoners to the founder of the Gulagu.net website.< /p>

Ksenia returned from this trip completely shocked and said that this topic urgently needs to be dealt with. This was also in line with my intentions, because I first encountered this situation two years ago. Since I am a senator from Tuva, a Tuvan woman turned to me with a request to help her brother, who was serving a sentence in the Irkutsk colony, get to the city hospital. Knocking out a confession, he was raped with a boiler, which burst due to power outages. She and her sister are from an orphanage, and they did not even have the opportunity to invite a lawyer. I found a lawyer at my own expense, and we managed to put the victim in the hospital, but, unfortunately, the guy remained disabled.

Since then, I began to find out if the perpetrators of this terrible crime would be found. And it turned out that it was impossible to find the culprit even if the victim could identify him.

A colony is a state within a state. The internal regulations of the colony are higher than federal laws. Let me remind you that Article 21 of the Constitution of the Russian Federation prohibits torture, but nevertheless this “torture conveyor belt” flourishes in many colonies.

Subsequently, appeals from almost all the country's colonies with horrific facts rained down on me through word of mouth. From Yaroslavl, Saratov, Volgograd, Krasnoyarsk. At a meeting of the Federation Council, I came up with an initiative, and we created a working group to prepare a law to combat torture, and Valentina Ivanovna Matviyenko supported us. Thanks to human rights activists, in two years we have traced the entire chain of this “torture conveyor”, where it starts and where there are “holes” in our legislation, using which the Ministry of Internal Affairs and the FSIN institutions are engaged in torture as the simplest method of extracting evidence and confessions.

– The bill introduced by human rights activists is not in vain called “toothless”. (Read about this in the article by Eva Merkacheva “Decided to treat torture in Russia with homeopathy: the bill turned out to be empty.” – “MK”). The fact is that if the testimony under torture is not recognized as inadmissible evidence, torture will still persist. It is necessary to make torture pointless, and there is only one way to do this. The one proposed by our working group.

Unfortunately, the idea of ​​Stalin's prosecutor Vyshinsky that “confession is the queen of evidence” is actively alive today. Instead of collecting evidence, strengthening the evidence base, it is much easier to force a person to confess under torture.

If in court the defendant says that his confessions were obtained under torture, then the judge prefers confessions during the investigation, and not in court. Alas, judicial investigation has practically come to naught today, and judges usually trust investigators. And we already know what some investigators can do for reporting and statistics.

We still do not include the word “torture” in the list of inadmissible evidence in the law. It is replaced by any other synonyms, such as torture, abuse of office, and so on. It is understandable, because this word sounds wild, especially in the 21st century. But such substitutions are not allowed.

Back in 1984, the International Convention against Torture was signed. Only now the definition of the concept of torture will be in our legislation. Moreover, according to the current Code of Criminal Procedure, judges are prohibited from telling jurors who are to deliver a verdict that the defendant made a statement about torture. This also prevents an objective verdict.

We believe that this should be changed, which is why our draft law causes such resistance in law enforcement agencies, because it turns out that we want to deprive them of their main tools of work.

We are also introducing innovations into the internal laws and regulations of the Federal Penitentiary Service, which would contribute to the eradication of torture. For example, a guy from Tuva said that he was tortured by a cellmate, and he could identify him. The lawyer made a request for a list of the names of the prisoners sitting on the day of the crime in the cell with the victim. He was never able to get this list, because according to our legislation this information is considered a state secret. It turns out that from the moment the victim wrote the statement, the sadist could be transferred to another cell or colony, and traces are lost.

In order to eradicate this, we are making changes, including to the laws on the detention of prisoners. The Federal Penitentiary Service actively opposes this. Basically, the so-called activists who are torturing are ready to engage in sadistic acts for a parole or a bottle of vodka. Moreover, we are trying to introduce into the law a three-day medical examination by an independent medical expert. Because the staff doctors have the bosses and are the leaders of the colony, and it is very difficult to expect an objective conclusion from them. These are far from complete measures we propose and believe that simply toughening the punishment will not solve anything, and only comprehensive measures will help stop the evil that is now happening in pre-trial detention centers and colonies.

– They do not work. We have been monitoring many cases of torture for a year. Let me give you another terrible example. The mother, whose son was serving a sentence in the Volgograd colony, was told that he had committed suicide. She came for the body and saw that it was mutilated. Blue spots, a torn mouth, and lots of other damage. The question immediately arose, how could he commit suicide, because it is unlikely that he could walk in such a state?

They began to figure it out. I wrote to Deputy Prosecutor General Nikolai Vinnichenko. The answer came that the video camera did not work there, the employee did not see anything here, and so on. It became clear how crimes are hidden in places of deprivation of liberty. With the law that we have now, there are no ends.

— I hope that the main party of the country will make the right decision to really eradicate this problem.